Our mission is to manufacture highly competitive products for consumers
who are increasingly concerned about sustainable development.

For over 50 years, Chantiers Chibougamau has man­ufactured and marketed highly competitive forest products that are tailored to consumers’ increasing concern for sustainability. Always at the forefront of wood processing technology, and with more than 600 employees in the northern Quebec region, the company values the resources of the boreal forest and offers its customers superior products accredited by leading certification agencies. 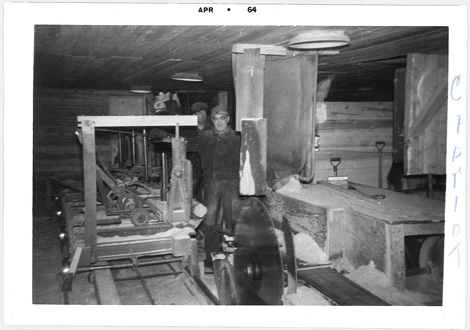 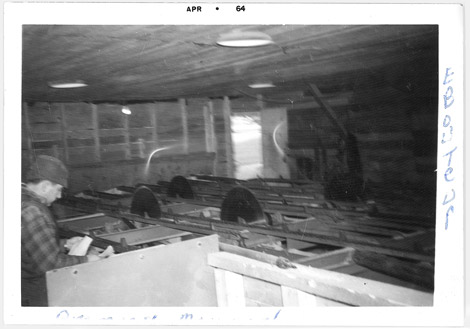 Chantiers Chibougamau began manufacturing timber products from the wood it harvested. The company had five employees at the time, and its main customers in the booming mining region of northern Quebec were the mines. 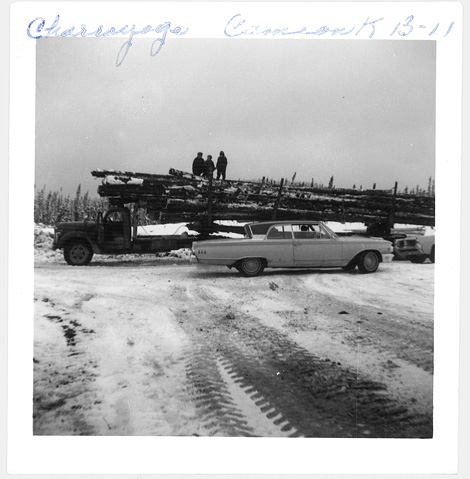 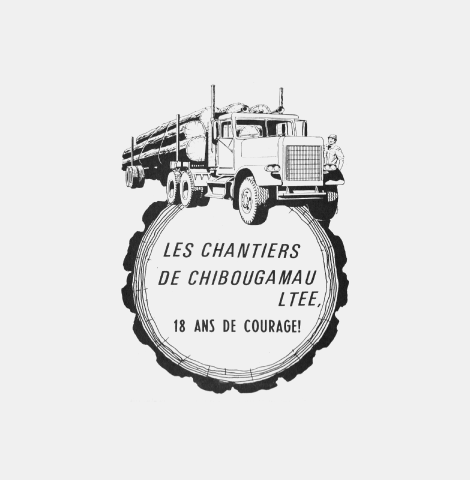 Timber manufacturing developed in step with the construction industry, a constantly evolving market.

The company implemented its first automated production systems as it sought to target the export market.

Chantiers Chibougamau emerged as a flagship of the Quebec forest product industry.

The company doubled its production capacity and improved its sawing methods by adapting existing technologies to its main supply source: small black spruce.

CCL added dry kilns and optimized its production with the implementation of finger-joint technology.

The company then had six low-pressure kilns and two high-temperature kilns able to dry up to 566,000 m3 of timber a year.

The plant integrated digital technology with the addition of computerized equipment optimization and control systems making it possible to saw round logs using cutting patterns that maximized the wood’s value. 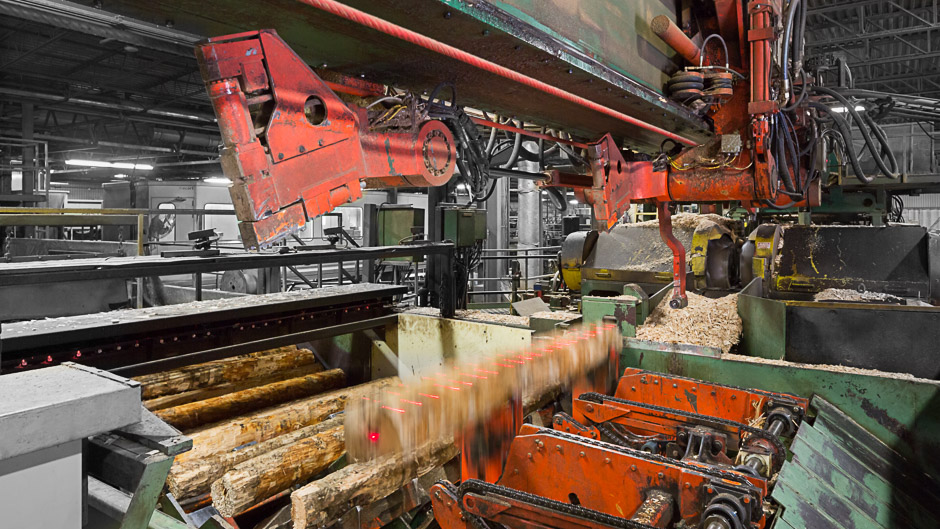 Optimized fiber production with the addition of finger-jointed flange production lines, then I-joists in 1999.

By adopting finger-joint technology, the company could then use short lengths of lumber to create pieces much longer than conventional dimensions. This made it possible to produce I-joists up to 48’ in length 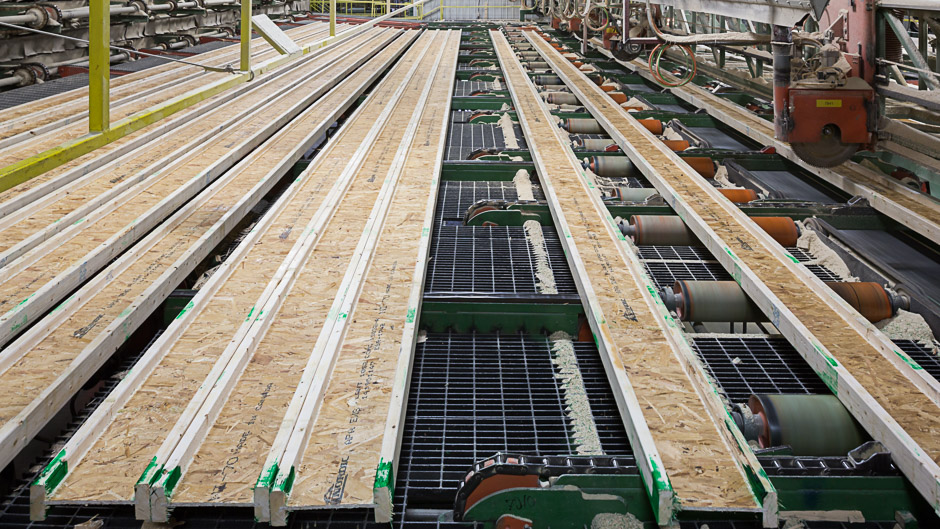 Developed the ENVIRO-LAM process to make use of previously underutilized wood.

The exclusive ENVIRO-LAM process elevated wood optimization to an unparalleled level by making it possible to utilize log segments too small to be processed by conventional means. Before ENVIRO-LAM, tree tops and side cuts had been underutilized or simply left on the forest floor as waste.

Development of the NI-90x series of I-joists manufactured from glulam.

Chantiers Chibougamau now manufactured an I-joist with flanges made out of glulam. This high-efficiency product is particularly well suited to the residential market. And it received the “Coup de cœur” distinction at the ConTech Building Events trade show for its variety of potential applications.

In addition to the FSC certifications, the company took steps to reduce the amount of public land it needed to maintain production volume, cutting requirements by 19% in 7 years. Chantiers Chibougamau runs an efficient operation.

With its strong commitment to staying at the cutting edge of wood technology, Chantiers Chibougamau invested in a production line for cross-laminated panels—a product giving steel and concrete a real run for its money. This system boosts the use and reputation of wood, opening up new horizons for the company. 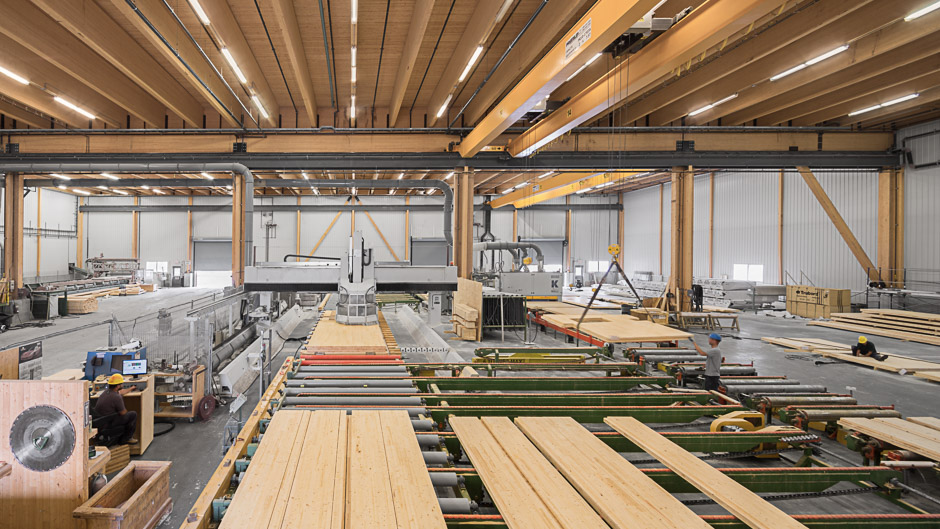 CCL added cross-laminated timber (or CLT) to its product lineup.

Chantiers Chibougamau became North America’s first manufacturer of cross-laminated panels. The new system sparked a lot of interest in wood construction and shook up the market. The company, now with a team over 600 strong, celebrated its 50th anniversary, marking a half century of innovation and success.

Supported the development of a project to design and construct a 12-storey solid wood building in Quebec City’s Pointe-aux-Lièvres green neighborhood.

Chantiers Chibougamau, driven by its conviction and belief in black spruce’s potential as a wood construction material, is determined to manufacture wood products for use in applications typically dominated by other species. The company strives to think outside the box and change the way people think about wood.

Today Chantiers Chibougamau is considered one of North America’s top manufacturers of I-joists, glued-laminated timber, and cross-laminated timber. Its products are increasingly popular in the construction market. Their quality, reputation, and competitiveness continue to grow.

By staying true to the nature of its products, pushing the limits of wood, continuously innovating, and putting its employees’ expertise to best use, Chantiers Chibougamau has forged a reputation as a North American leader in the manufacture and processing of wood.

Innovation to Build On